​The Story of
​James Benjamin Williams

This story was relayed to us by Denise Ann Mennell, who contacted the project about James (Jimmy) Benjamin Williams who she described as “a great friend of mine”. She was keen to share this story about Jimmy to acknowledge the very special bond she had with her very dear friend.
By Denise Ann Mennell
​​Jimmy told me that at the age of 14 he joined a circus in Hamburg as a bare back rider. When WWI broke out he was interned in a camp for being a British colonial. He told me that he was in the same camp as Maurice Chevalier (French actor and singer). It was likely that he joined the merchant service after his release and my mam recalls that he used to bring gifts back from places like Japan. He was still at sea at the outbreak of WWII but was seriously burned on his back after his ship was torpedoed. He spent a long time recovering in Warncliffe Hospital due to his burns and he never went back to sea.
​Jimmy got a job at Hedon pumping station and then later worked for Hull Corporation Works department as the lobby man. He used to start early in a morning to get the brazier fired up to make tea for the workers, which was one of his duties. He was thought of very highly by his workmates and when he retired they presented him with the gift of a lovely armchair and because his pension didn’t pay much, the council sent him a payment book giving him an extra half-crown a week (12p). However, he was a proud man and so sent it straight back with a thank you note saying he didn't need it as he had never asked for anything in his life.

After this he got his job as a lollipop man crossing the children at Sutton Road, Beverley Road corner in Hull. Sadly, one day whilst at work he suffered a stroke and somehow, he rode his bike back home and told my mam that, “the good lord had brought him home”.

The night before he died my mam recalls that he was in a four-bedded ward, when he started to tell my mam and dad his life story and the rest of the patients and their visitors sat and listened to his wonderful story. 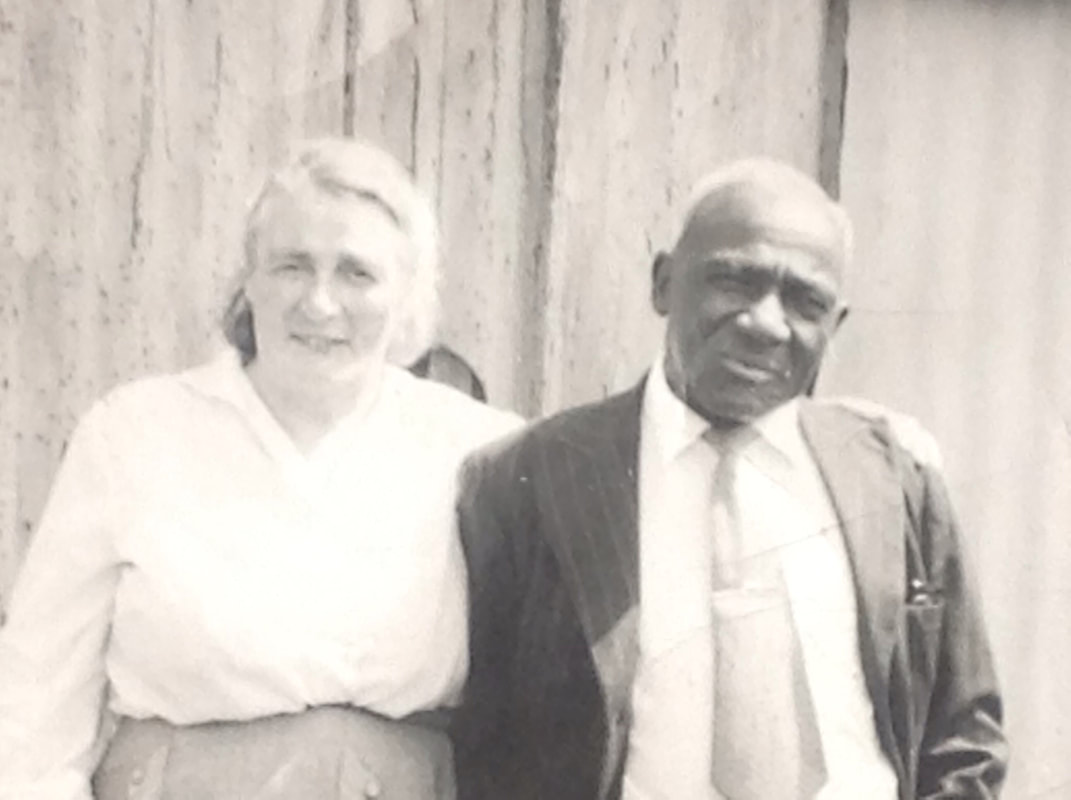 Annie and Jimmy
​Jimmy died in October 1968 and when he was buried, he was laid to rest in the same grave as my grandad: that’s how highly he was thought of!

My mam’s fond memory of Jimmy was that she used to take him to visit her relatives in the old town, where he taught my mam's aunts and uncles to play the mandolin as they were a very musical family. My mam said he was taught by the missionaries and he was a very intelligent man. Neighbours would sometimes visit him to get help and advice in filling out forms etc which he would gladly help with whenever possible.

Jimmy was a kind and quiet gentleman who would do anything for me as a child. He a man who always kept himself in the background, I think for fear of embarrassing me, but to me he wasn’t any different to anyone else he was just my best friend. The Williams remained neighbours and in fact Auntie Joan (mam’s sister) and Grandma Ethel made sure that they helped Annie to stay in her house until Ethel herself passed away in 1975. Eventually Annie had dementia so went to a Ferriby Nursing Home and was then moved to Broadgate Psychiatric Hospital where she died in 1977. 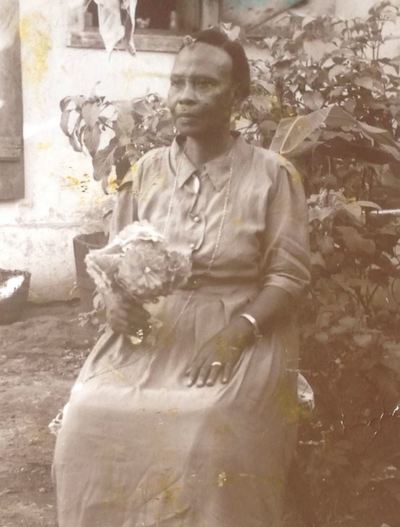