African Stories in Hull & East Yorkshire
by Kenny Fox
​I am known as Kenny Fox, and to my family as Llewellyn. I was born in St Kitts in the Caribbean and thought of myself as a ‘small islander’. Caribbean people will know what I mean by this. Jamaicans tease us ‘small islanders’. Now I know that I am an African - as we all are - but that wasn’t what I was taught in school. We were secure in the understanding that we were British citizens, since St Kitts was a British Colony. Only later as a man, did I learn that Black people in the Caribbean are the descendants of African slaves who survived the ‘slave-trade triangle’. Now I know that wherever you live in the world, that if you are Black, you are African.

I came to England aged ten, having been ‘sent for’ by my mother, who had herself come to England when I was a baby in the 1950s. I was raised by my maternal grandmother, Maria Taylor, in St Kitts. My mother joined a Black community in Derby, to work in the NHS. This was common practice in the 1950s. Many Caribbean people of my age share the same experience. Our parents answered the call from Britain to come and help rebuild the services after the war. We were all raised to feel our belonging to the ‘Mother country’ and that we would at some point tread the ‘streets paved with gold’.
​I didn’t know my mother before the age of ten. I have no memory of a childhood spent with her or my father. My grandmother and grandfather, Papa Taylor, raised my sister and my cousins. I was born in 1955 in the Parish of St Ann, and grew up at the ‘fort’ and then in a village called Old Road. My father, Wallis Halliday, moved to the U.S.A for work. This was also very common. I have a whole other branch of my extended family in the States.
School was quite diverse. There were the Black kids, all Caribbean, the Indian kids and the white kids. Of course, the hierarchy was in the reverse order to that. I taught a few harsh lessons to kids at school and for one boy who called me ‘Blackie’ I took a baseball bat to school and I bashed him over the head with it.  I remember my sister from St Kitts telling me a boy had hit her, so I bashed him too. Respect had to be fought for, I thought. ​
​Actually, I made loads of friends at school from all corners of life and I still have those childhood school friends today. Amongst my favourite experiences are playing football all day long at the weekends. As a young man, I played in an all ‘West Indian’ football team against many other local teams at the parks. Aged 16 I took up Taekwondo, which I practiced diligently and later became 3rd Dan Black belt and ran four of my own martial arts schools in the city.  Through this I learned to be humble, walk away from fights and earn a different kind of respect. I started at the gym at age sixteen too and have been very fit and extremely strong all my life.
​It is due to my second marriage that I live in East Yorkshire. I married in Beverley in 1990. This is where my wife’s parents live. Her father was in the British Army and their last posting was to Leconfield. So, they settled in Beverley. My wife went to Nottingham University age 18 and then to Derby after, to do her teacher training. She teaches at a local Beverley primary school. Our children went to local Beverley schools and Hull University. It is in Beverley, where I have finally found my true vocation. Like my Papa before me, I am a qualified and skilled carpenter and joiner. I attended East Riding College and gained all the qualifications I needed. I find it amusing that I need that piece of paper to prove my skill when really, I am qualified through my life experiences but I needed it, so I got it. I make beautiful wooden furniture for a local company ‘Alexander Ellis’, formerly known as ‘Beverley Pine’ and Farmhouse Furniture. It gives me a great sense of satisfaction to know that hundreds of families all over our local area, the entire country and indeed abroad, enjoy using my handcrafted furniture and bespoke designs. Sometimes I get the opportunity to deliver, fit and assemble my furniture in people’s homes and I love to see it all sitting there as peoples’ prized purchase. I don’t explain that I actually make it. It is enough for me to feel the great pleasure I take in making it. I am at my happiest in the workshop. I even have a workshop at home, where I make furniture for family, friends and ourselves. I tend our beautiful garden and love to maintain our own home. I keep ferrets and have a cat. Funny how things seem to have come full circle. I have recreated my own Caribbean paradise in a little corner of Yorkshire I can call my own.
My family photographs. Click on each photo to enlarge. 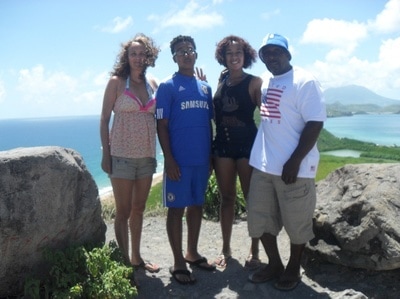 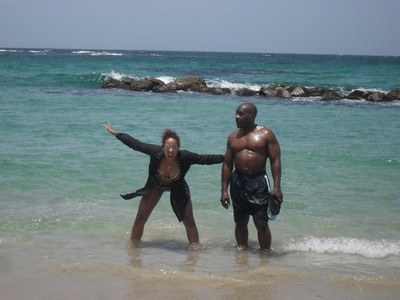 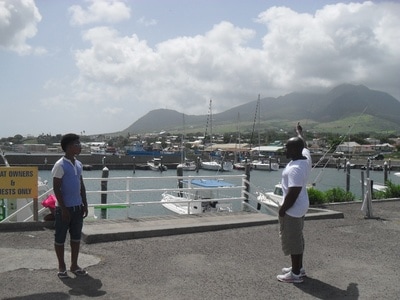 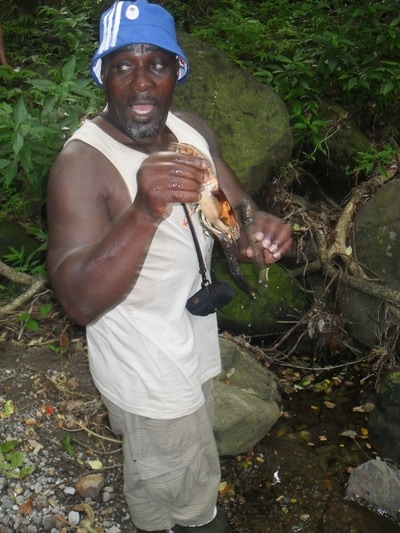