Bridlington and Filey
By Audrey Dewjee
The town of Bridlington was originally in two parts – the Quay, which grew up around the harbour, and the inland Old Town, which surrounds the Priory. Its first hotel opened in 1805 and the town soon became a popular holiday resort.
Various Black circus proprietors and performers came to Bridlington in earlier years, including Pablo Fanque in 1855. Renowned lion-tamers Sargano [William Dellah] and Maccomo appeared in 1869 and 1885 respectively.
​The Bridlington Free Press of Friday 17 August, 1906, advertised:

​…..Mr. W. PAYNE SEDDON has much Pleasure in Announcing the Engagement, at Great Expense, of the

The Native Choir consists of six native gentlemen and four ladies. They are remarkable musicians and vocalists, cultured and educated, and give performances of original coon songs and of the celebrated "Song of Freedom." They made their first appearance outside the West Indies at Liverpool on January 26th, 1906, and caused a furore. 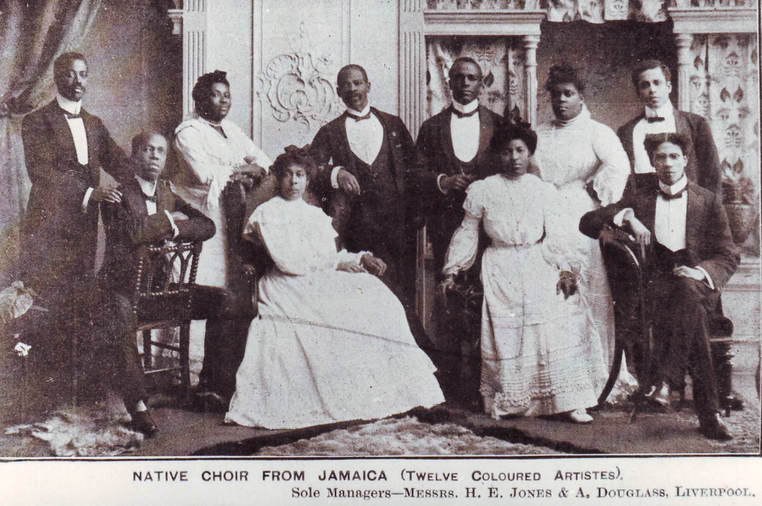 Image courtesy of Jeffrey Green
The choir, actually the Kingston Choral Union of Jamaica, was renamed for their tour of Britain. When they appeared in Whitby, immediately before their arrival in Bridlington, the Whitby Times of 24 August described them as "remarkable musicians and vocalists, their whole programme being full of charm and interest." [2]
Beaches

Bridlington’s glorious beaches have attracted visitors for 200 years. In more recent times, exiles from Africa have visited the town and enjoyed its pleasures.
​In the 1990s, Dr. Teboho Maitse and her daughters, Keke and Lerato, spent a day on Bridlington beach with some of their white friends. Before Teboho left South Africa, such a gathering would not have been possible, as beaches there were racially segregated until 1989. 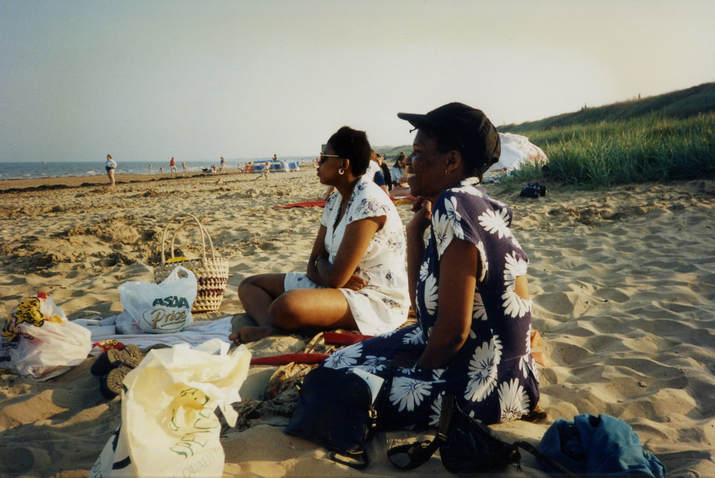 Dr. Teboho Maitse relaxing on Bridlington North Beach with her daughter Keke, c.1993. (Photo: Allison Edwards)
​A great fighter for racial equality and women’s rights, Teboho Maitse was born in Vereeniging, South Africa in 1951.  A member of the Women’s League of the ANC (African National Congress), she was a political activist in the days of the apartheid government for which she was imprisoned, spending a year and half in solitary confinement.  With the aid of an international charity, she came to Britain to further her education.  She obtained a Masters and a PhD from the Women’s Studies Department of Bradford University, where she subsequently taught research methods to students reading for Masters degrees.
After the ending of apartheid, Teboho returned to South Africa where she helped set up the “Women's Empowerment Unit” for parliament.  She was appointed a Commissioner of the Commission for Gender Equality and served in that role from 2002 until 2012.  Dr. Maitse died in Johannesburg on November 9, 2013.​
On a visit to Bridlington with his family, he was inspired to write a poem, The Seashells of Bridlington North Beach (published in 2002).
​Local characters

Over the years, Bridlington also had its share of African 'characters', residents and passers-through. One man, who made bead jewellery outside Walkington’s Jewellers in Queen Street, visited annually for the summer season. He spent his winters working in Gamages, a large department store in London.[4] Another Bridlington character was known as “Black Sam". According to an account in I Remember, Reminiscences of Old Bridlington, 1884-1961, Sam "had lost all his fingers whale fishing" and "sold bait to fishers” by the harbour. He was also said to enjoy teacakes from Jordison’s or Grantham’s bakery.[5]
​Newspaper reports gave glimpses of people’s lives (and deaths) from time to time.  The Bridlington Free Press of 18 February 1871 contained a long article about a tremendous storm that hit Bridlington – “A storm so destructive has not occurred here in living memory” – which resulted in huge loss of life:

One body [was] that of the coloured man who escaped from the brig that struck near to the end of the Pier, and whose splendid swimming would have saved him but that he was disabled by breaking his leg in some way, and the poor fellow was thus compelled to succumb to the waves through which he had battled so bravely, and sank close to the north side of the Pier.
- Bridlington Free Press, 18 February 1871

​In 1959, when Margaret from Yorkshire met Sharon from Lancashire at Filey, it was the first time she had seen another little girl who looked like herself. 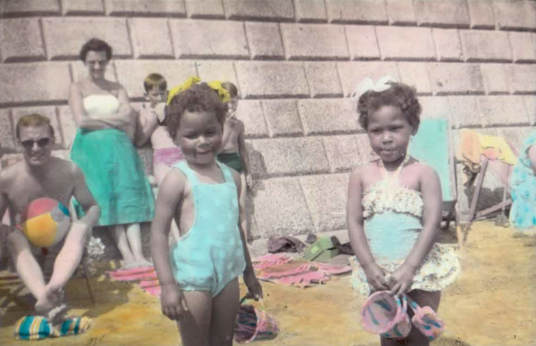