Hussein Mohamed (also known as Abraham) Ali was born into the Habr Awal tribe in British Somaliland around 1901. Very little is known about Ali’s early life, however it is probable that he learned his craft as a seaman before arriving in Britain in the late 1930s.

By 1940, he had settled near Cable and Ensign Street in the London E1 district which was a popular residential area for men from British Somaliland. It was here, that he met Rose Ada Grisley. Shortly after beginning a romantic relationship, the pair left London and relocated to Hull. Why they chose this region is a mystery, however it is probable that Ali had visited the area previously as a sailor or he had heard that it was a thriving port city which offered profitable employment opportunities. Throughout World War II, Ali worked as a fireman and trimmer on board steamships as part of the Merchant Marine.
Due to Ali’s profession, the couple likely settled within walking distance of the docks. In 1942, they had their first child Abraham Ali and two years later their second child Hassan Ali. In 1945, their daughter Amena S. Grisley was born. However, sadly she died a few months later. The following year, on 19 April 1946 Rose gave birth to their fourth child Maizna Elizabeth Grisley.
​
After the Second World War, Ali continued his career as a seaman operating out of the port of Hull. On Christmas Eve 1947, he left his home and took his position below deck on board the Ocean Volunteer. He arrived with the vessel in New York on 19 January 1948. As per the register of ‘Aliens employed on the vessel as members of crew,’ Ali was listed as a 44-year-old, fireman and trimmer with fifteen years’ experience at sea. Physically he was described as a ‘5-foot 8, British Negro from Somali weighing 154 pounds with no physical scarring or tattoos.’ The shipping records also suggest that Ali could not read.[1]
​After she was separated from her brothers, Maizna rebelled further and was eventually sent to a borstal in Kent which was followed by a short time in prison on the premise that she was a tearaway. Shortly, after her release, when Maizna was around 15 years old, she contacted her mother, Rose. However, after a visit to London, she quickly realised they were not going to have a mother-daughter relationship and the pair became estranged once again. Maizna returned to the care system and was fostered by a loving family at the age of 16 or 17. Sadly, this ended very abruptly as her foster mother died suddenly.
In the 1960s Maizna left the care system and settled in London where she had her first child Wayne. Meanwhile, her brothers remained in Hull. Abraham worked as a builder, and Hassan and Adam were employed in the fishing industry. Maizna eventually returned to Hull; however, as she had nowhere to live, after being refused council housing, she resorted to squatting. Although this created publicised friction with Hull City Council, she was eventually allocated the home she wanted. While in Hull, Maizna worked at the Birds Eye factory and various other establishments. She was exceptionally close to her brother Adam Ali who from the age of 15 had been employed on board fishing vessels. During his time onshore Adam stayed with Maizna at her home in Coltman Street. When he died at sea in January 1968, the family were devastated. Maizna remembers her brother fondly stating “Adam was a gorgeous, lovely boy…We were all very close because we only had each other. Adam was just so gentle and he looked after my son Wayne like his own. To this day, I can still see Wayne as a little boy, walking down the street with his uncle Adam.”[4]
In the subsequent years, Maizna met Joseph Lyle Peterkin and moved to Bolton. The couple had two children together, Darren and Simone. When their relationship ended Maizna spent some time with her brother Hassan, who had moved to Aberdeen, before she resettled in London and gained employment at a pencil factory in the early 1980s. In 1983, after obtaining her birth certificate Maizna realised that her last name was registered as Grisley, not Ali. She immediately applied for a change of name as she always believed that her maiden name was the same as the rest of her family.
​
In 1993, Maizna married Hammed Ojo in London. Their marriage lasted for five years before the couple parted in 1998. Maizna changed her name back to Ali and after staying in London for a short time returned to Hull with her children. As a mother, she admits that she was very strict because she was determined to give her children a better life.
'A City Remembers'
To mark the 40th Anniversary of the ‘Triple Trawler Tragedy,’ the Hull Daily Mail launched a campaign entitled “A City Remembers.” The newspaper urged local people to observe a minute's silence out of respect for the lost crewmen at noon on 5 February 2008. To gain support Adam Ali’s sister, Maizna’s grandson - who was named after his great uncle - featured in the newspaper urging the younger generation not to forget about this tragedy or the other 6,000 men who died during fishing expeditions. In response to the Hull Daily Mail’s campaign, more than 100 companies pledged to stop working at noon for the minute silence and the city ground to a halt to remember those lost.[6]
​
More recently, Ali and the other crewman who perished on ships which embarked from Hull between 1883 and 1975 have been honoured on the Last Trip memorial. The lost trawlermen have also been commemorated in a publication entitled Tribute to the fisherman by Danielle Rhodes and Dave Brown. You can see the newspaper coverage of these events and other images in the gallery below. Click each image to enlarge. 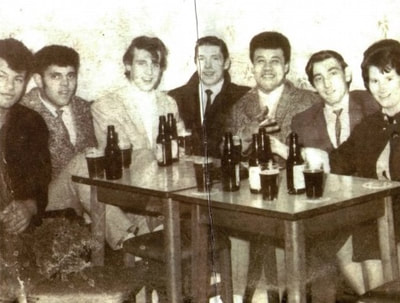 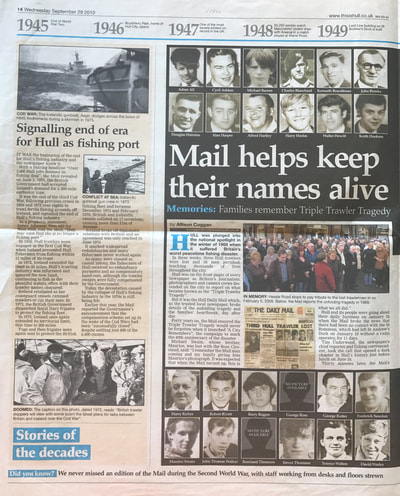 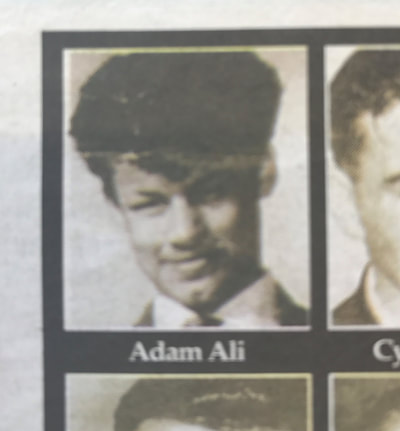 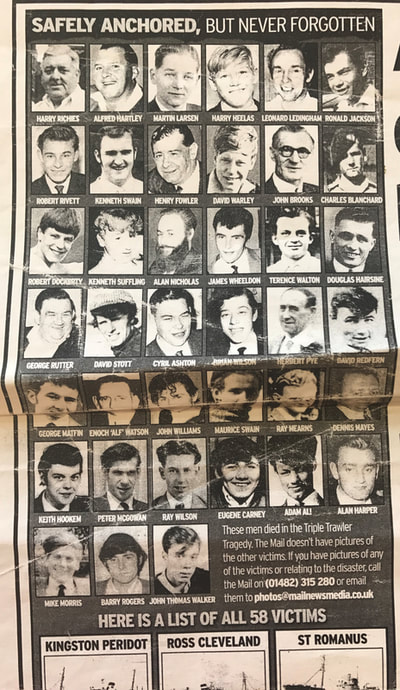 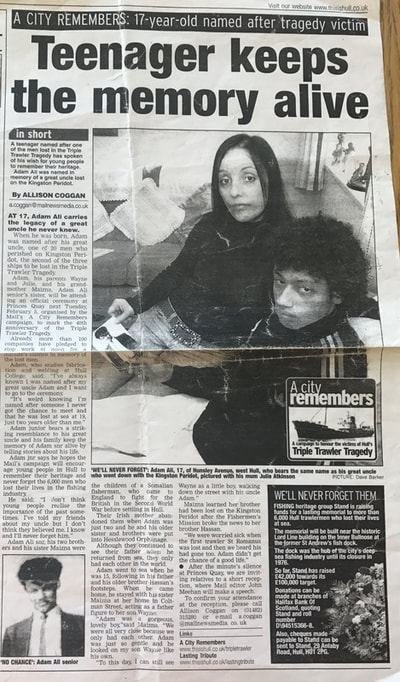 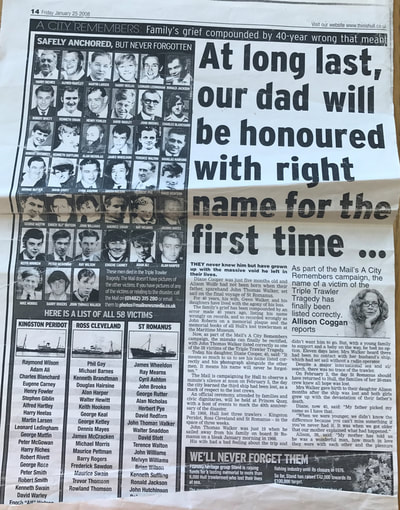 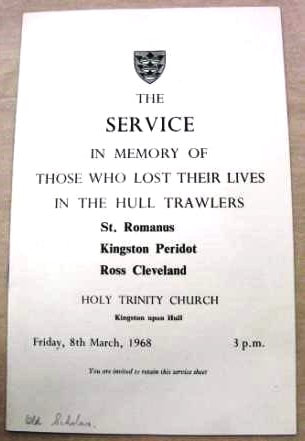