From Barbados to the east coasts of England and Scotland through a fishing and maritime heritage - a story told by Alfred Lawrance's great granddaughter Cheryl.
Alfred Lawrance was born in around 1864 in Barbados. [1] There is scant documentation for Alfred’s parents however Alfred’s own wedding certificate tells us that his father Harry Lawrance was a carpenter and his mother was Cherry Deazle (Dizzel) Riley. Harry would have been born around 1832, just two years before slavery was abolished.
The origins of the surname Lawrance is unclear however recent work to document plantation ownership in Barbados has identified Henry Lawrance as a Scottish owner. Given the common practice of slaves being given the surname of plantation owners or overseers, it is possible that this is how the family surname originated.
The location of Harry's death is recorded as Harpers Land, St Michaels Parish in Barbados in 1879 where his age is listed as 47 years old. Cherry had been born circa 1826 and had possibly been married before to Frank Obetta Riley, with whom she had a son called William Riley, born in 1855, a half brother to Alfred.
Although we have no evidence of exactly when, Alfred travelled to the UK, possibly leaving after his father Harry died. Alfred may have even travelled with his half-brother William Riley, who appears in records in Burntisland Fife, Scotland around the same time that Alfred was in Scarborough. The family’s belief, passed down through the generations, is that William stowed away on a sugar trader and earned his passage on the ship by boxing, as he was a big man. Both men settled on the east coast of the British Isles, which raises interesting questions about what drew them there. The transatlantic ports of Liverpool, Glasgow and Bristol would seem to be more obvious destinations for ships plying trade from the Caribbean, however, there was a thriving maritime industry in Scarborough during the 1800s.

​A number of vessels were built and registered from Scarborough with many families, crew and captains extensively involved in the maritime sphere widely spread across the globe including in the Caribbean:
“W.J. & R Tindall owned 20 ships out of Scarborough in 1851, Thomas Burlinson Walker had 21 ships, William Wear 7, Matthew Smith 6, Thomas Hick 5, Pantland Hick 4 and George Willis 4.
​Tom Whelan, once master of the Tindall brig "Tay", later joined the Hicks fleet and was master of their barque ‘Hope’, sailing out of Aden. Captain William Whelan was master of Richard Mosey's barque ‘Coquinbo'. Mosey also had the ‘Hannah Robinson’  in the West Indies trade. Captain Thomas Hick was in the Quebec trade but returned home to Scarborough. Captain Pantland Hick of York Place had five sons, all master mariners.”  [2]​
Sometime between 1901 and 1904 the family moved to Torry in Aberdeen, an area close to the harbour where many families involved in the fishing industry lived in the large tenement houses. As the Evening Star Trawler had been an Aberdeen built boat from the shipyards of John Duthie, this may have been a factor in their relocation; both Scarborough and Aberdeen were thriving fishing ports on the east coast. Alfred and Harriet had three more children, Henry in 1904, Lionel in 1908 and Harriet in 1911.
Note: click each picture to view. 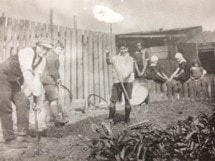 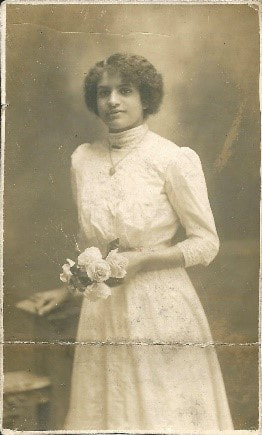 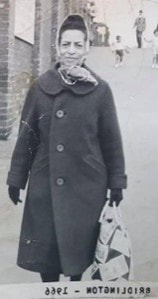 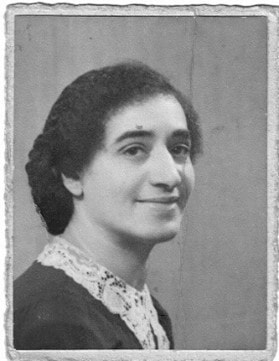 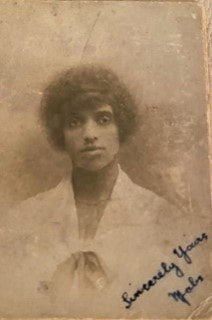 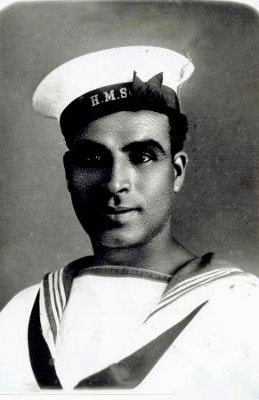 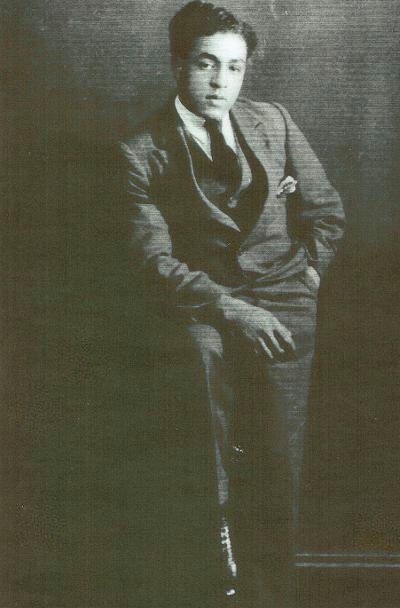 Tragically, the following month, October 1920, Alfred Victor was drowned at the age of 34, when the Ben Namur, a fishing trawler struck the rocks and ran aground off the Orkneys during a bad storm. He and another crew member were washed overboard. He left a wife, Sarah, and son, Alfred, in Aberdeen. It is reported in the newspaper article about the shipwreck that his mother Harriet was living in Hartlepool at the time although there are no records to support this. It was a desperately sad time for the family with so much loss. ​
Harriet moved back to Aberdeen sometime in the 1920s and lived there until her death in 1950. Henry, Lionel, Essie Mae and my Grandfather Arthur Charles all settled in Aberdeen and had families. Mabel and the youngest daughter Harriet seem to have lived in Lancashire and West Yorkshire until their deaths in the 1970s. It has been more difficult to trace their later lives although Harriet is buried in Harehills Cemetery in Leeds. Both married and had families.
Dora also lived in Aberdeen as a single woman until 1937 when she died of tuberculosis. Lillian remained in Aberdeen as a single woman working as a governess for Harold and Ethel Rowton who were wholesale fish merchants. She lived with the family until the 1940s. After this time she left Scotland and moved initially to London but it is difficult to trace her beyond the 1940s. ​
Arthur died in 1941. At the time he was once again serving in the RNR on the Paul Rykens trawler as skipper. Following a rescue mission to a Naval ship that had been torpedoed off Scapa Flow in December 1940, Arthur Charles, who had gone into the icy water to help bring out survivors, was taken ill. He may have had a stroke. He died of a further stroke in January 1941, leaving his wife Ethel with three children, including my father aged 13.
​My father's job was covered by the Official Secrets Act and he never shared a great deal about his work but we do know he was part of the team that was on duty during the Cuban Missile Crisis in 1962 when Irton Moor was tracking the Soviet ships Khrushchev had dispatched to Cuba to establish a nuclear capacity there. The threat to America from this act brought the world very close to all-out nuclear war and my father recalls the relief when they were able to confirm to the Government that the ships had turned back. He told me they feared they might never see their families again had the night unfolded in a different way. My father passed away in 2020 at the age of 92 and this marks the end of the Lawrance family’s link to the east coast of Yorkshire.
Footnotes