By Lauren Eglen
​‘So this is the little lady who made this big war’. These were the words reportedly spoken by President Abraham Lincoln upon meeting author Harriet Beecher Stowe. He was referring to the publication of her novel Uncle Tom’s Cabin. Written in response to the Fugitive Slave Act of 1850 which made providing aid and assistance to a runaway slave illegal, this anti-slavery novel has been regarded as one of the most widely read and influential books of its time. So much so that a number of historians attribute the novel as one of the contributing factors in the outbreak of the American Civil War. The story first appeared in The National Era, a Washington anti-slavery newspaper with a national readership. It was first published as forty-one weekly instalments between 5 June 1851 and 1 April 1852, reaching at least 50,000 readers.[1] The sheer popularity of the weekly episodes led the novel to be published in its entirety on 20 March 1852, selling 10,000 copies in its first week and 300,000 by the end of its first year.[2]
to give Tom his freedom, however he himself is killed before he can act on his promise. Upon St Clare’s death Tom is sold to brutish plantation owner Simon Legree and is taken to Louisiana. Though his hardships test his faith, Tom experiences visions of both Christ and Eva which serve to renew his spiritual strength and give him the courage to help fellow slaves, Emmeline and Cassy, escape to freedom. Upon Emmeline and Cassy’s escape, Tom refuses to tell Legree where they have gone, and as a result is beaten.  At this time, George Shelby arrives to buy Tom’s freedom, a promise he had made upon Tom’s initial sale to Haley. However, George is too late and can only watch as Tom dies. Meanwhile, Cassy and Emmeline have taken a boat to freedom and discover that Eliza is Cassy’s long-lost daughter. The reunited family move to Liberia, the African nation created for former American slaves. On George Shelby’s return to his farm, he sets all the slaves free, urging them to remember Tom’s sacrifice every time they look at his cabin and encouraging them to lead a pious life. ​
Stage Performance
Stowe’s efforts to awaken her large Northern readership from their apathy, and stress the necessity of ending slavery, was met with vast success. Not only did the novel have a profound effect on its American readership, but was met with great popularity across the world. This was especially the case in England where The Times reported ‘Uncle Tom’s Cabin is at every railway book-stall in England, and in every third traveller’s hand. The book is a decided hit’.[3] The success of Uncle Tom’s Cabin was such that it was almost immediately translated into various stage performances, first appearing in New York and quickly spreading across Europe. Between 1852 and 1930 hundreds of ‘Tom Shows’ were produced by numerous theatre companies, the most notable in England being the Jarrett & Palmer company. While Henry C. Jarrett and Harry Palmer were on the edge of retirement, they saw the opportunity to capitalise on Uncle Tom’s theatrical success, with Palmer suggesting ‘slave life, as it existed in the South in ante-war days, had never been truthfully depicted in Europe, and he resolved to produce ‘Uncle Tom’s Cabin’ across the water with genuine southern darkies in the cast’.[4] While the majority of previous ‘Tom Shows’, and Jarrett & Palmer themselves, cast white actors in blackface as their main characters (including William Calder as Uncle Tom as seen in the Theatre Royal playbill), the producers were also committed to incorporating large numbers of African Americans in their production. Their casting advertisement read ‘Wanted: 100 octoroons, 100 quadroons, 100 mulattoes and 100 decidedly black men, women and children capable of singing slave choruses.[5] Opening at the Booth Theatre in New York on 18 February 1878 as a prelude to their European Tour, the company set off for the continent in August.[6]
Uncle Tom's Cabin in Hull
The Jarrett & Palmer company was the first show in Britain to use Black performers and included three separate troupes in its tour of Europe. The company’s production of Uncle Tom’s Cabin came to Hull on numerous occasions, including on 4 November 1878 at the Theatre Royal. The new Theatre Royal in which Uncle Tom’s Cabin was performed, was built in 1871, after the previous theatre had burnt down, on part of the site of the Queen’s Theatre, Paragon Street and had a capacity of 1500. As can be seen by the playbill below, the production was keen to emphasise its use of ‘inimitable coloured speciality artistes’. These included The Sable Quintette, an African American singing group made up of Luca from Richmond, VA, Taylor Charleston, S.C., Waddy from Hampton, VA, Carrie Thomas, a soprano from Hampton, Lizzie Hall from Atlanta, GA and Isabella Miles from New Orleans.[7] The show also included the famous Jubilee Singers. The presence of the Jubilee Singers in Hull as part of the production was advertised by the Hull Packet on 8 November 1878 stating’ the famous Jubilee Singers will appear throughout the Play, and in various scenes render their quaint, weird and peculiar songs, duetts, quartettes, choruses…’.[8] Though these were not the original Fisk Jubilee Singers, and Jarrett & Palmer were not the first to include Jubilee Singers in their shows, they did significantly add to their popularity, utilising harmonised versions of negro spirituals and replacing previously used minstrel tunes with authentic African American music.[9] For more information on Jubilee Singers in Hull click here.

Moreover, with the ongoing popularity of ‘Tom Shows’ came the increasing desire to create a spectacle. Theatre-goers in Hull at the time would have been treated to realistic scenes of the escape of Eliza and her child on the ice floe and the crossing of the Ohio River.[10] During Eva’s ascension to heaven, she was lifted from her deathbed by piano wire and ‘floated amongst the midst of a hovering choice, enclosed with an intermixture of gauze drops which were raised in turn, and enhanced with calcium lighting’.[11] At the end of the play, during Tom’s death scene, spectators would have seen ‘three tiers of profile pink and white clouds, edged with gold and silver spangles painted on the stage floor […] the floodlights backstage were turned on, and the holes became little golden stars twinkling through the glow — revealing a winged Eva’.[12] In their use of spectacle, Jarrett & Palmer’s Plantation Festival scene featured no less than 300 genuine freed African Americans, making the producers the acknowledged leaders in the presentation of large numbers of Black performers on stage.
Uncle Tom's Cabin on Screen
​Uncle Tom’s Cabin translated not only to the stage, but also the screen, with the number of film adaptations produced in the early twentieth century making it the most filmed story of the silent era.[16]  The novel saw at least nine film adaptations between 1903 and 1927. The 1927 version was directed by Harry A. Pollard, who had starred as Uncle Tom in the 1913 film, and shifted its focus from Tom to Eliza (who was played by Pollard’s wife).[17] African American actor James B. Lowe who was cast as Uncle Tom, though appearing on screen for less than nine minutes, had a carefully cultivated image for the films, ensuring audiences saw him as respectable and courteous.[18] For clips from the film click here. Lowe was born in Georgia and after high school moved to Chicago to open his own tailoring shop.[19] After serving in WWI and making it to quartermaster-sargeant, a rank held by only four Black men in the war, he found employment in a tailor's shop in Hollywood.[20] It was not long before the many actors and directors that patronised the shop called on him to portray small parts, with his big opportunity coming with his casting in a play of ‘Emperor Jones’. The son of a slave himself, Lowe visited Hull on 5 March 1928, travelling to Wilberforce House Museum to see the relics of slavery including branding irons, whips, collars and shackles.[21] Arrangements were also made for him to speak on ‘Wilberforce and Slavery’ at the Hull Luncheon Club. Lowe regarded Wilberforce as one of the greatest factors in the emancipation of Black people, providing an example for the rest of the world. Thus, demonstrating that Hull’s Black past extends far beyond the boundaries of its city, with people of African descent from across the globe regarding it as part of their history 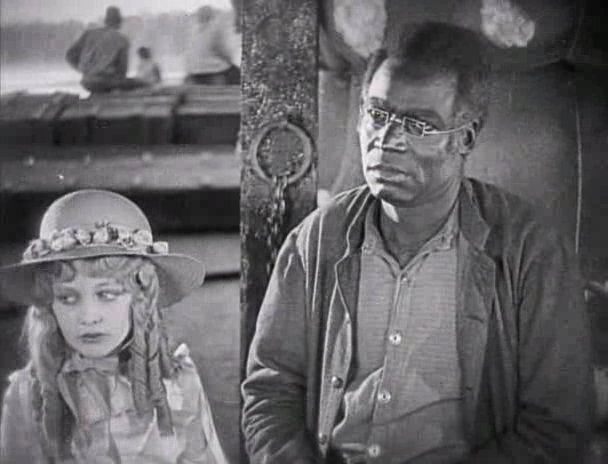