The Fisk University Jubilee Singers in Hull and East Yorkshire

"I do not know when anything has so moved me as did the plaintive melodies of the Jubilee Singers...
I would walk seven miles to hear them sing again... " Mark Twain, 1873.

Hover over each image to identify the singers and click any image to go to short biographies of each singer and to access further information and links. 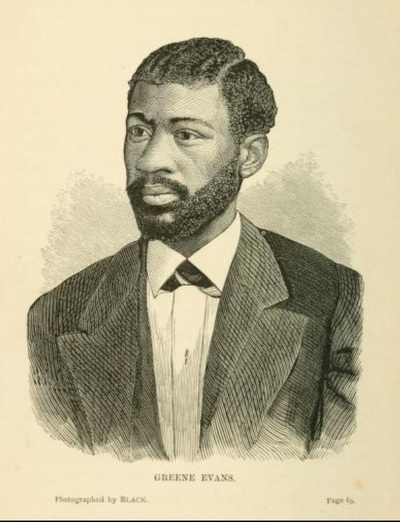 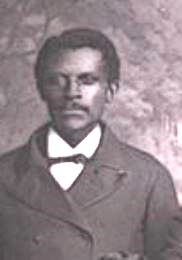 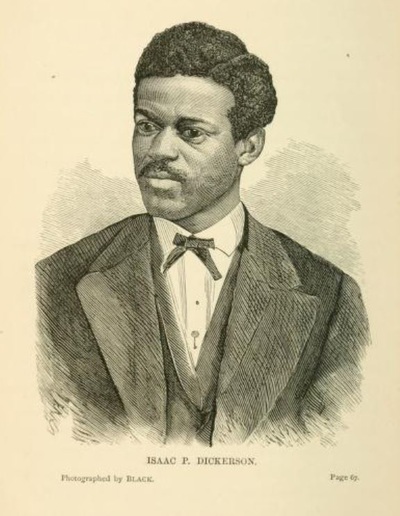 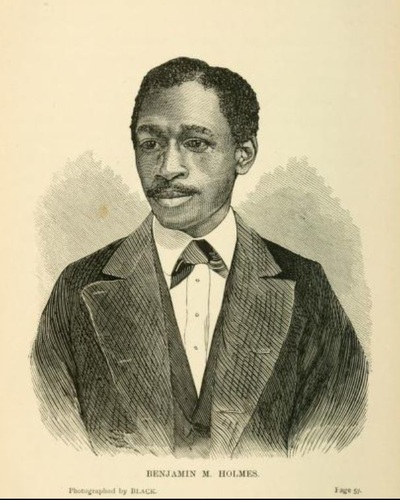 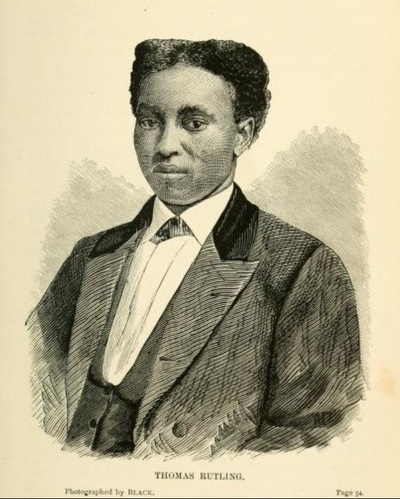 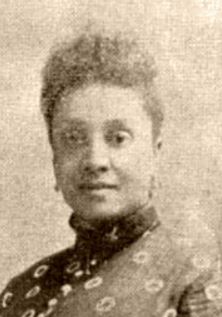 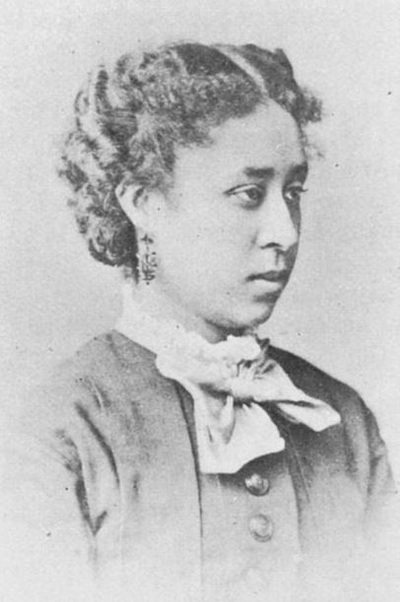 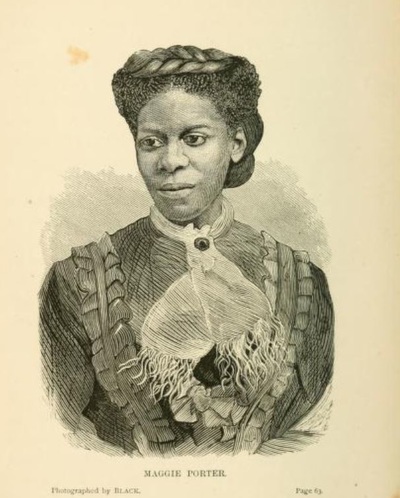 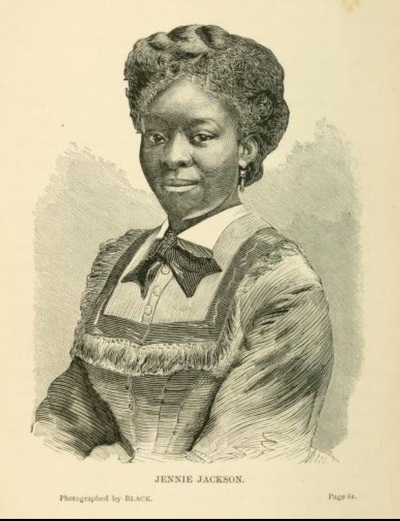 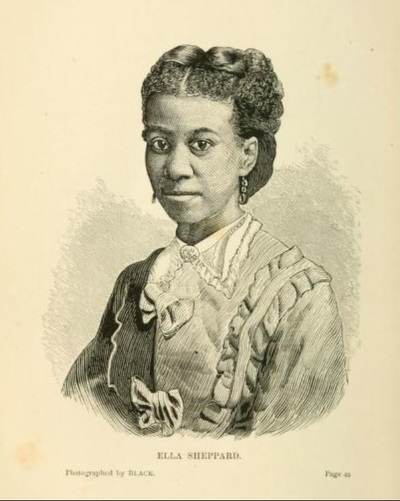 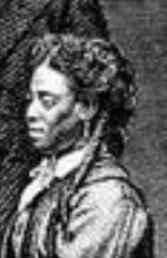 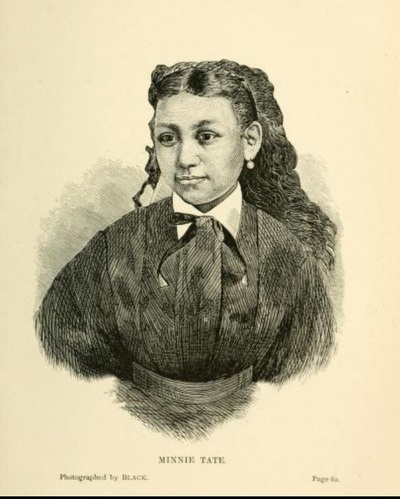 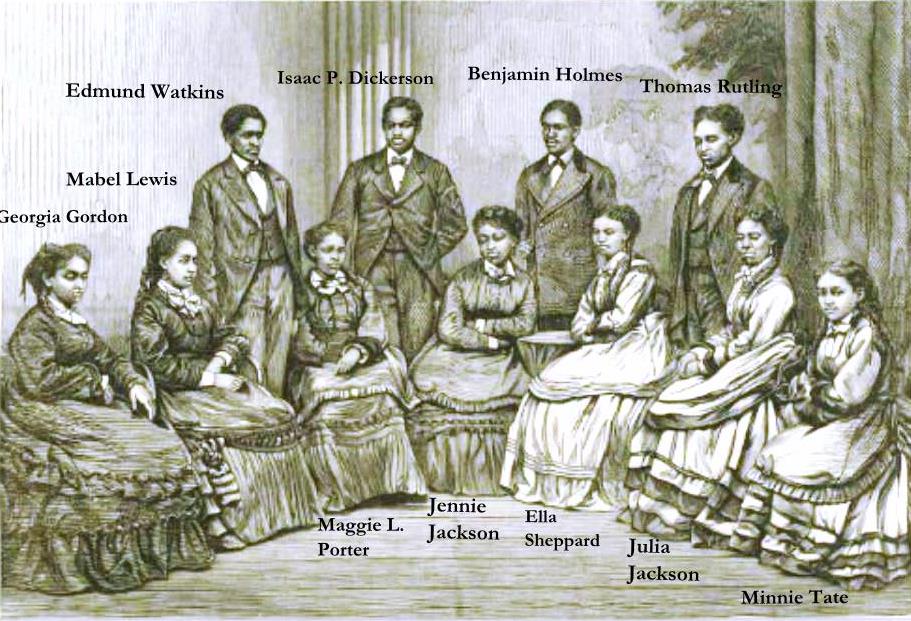 The Jubilee Singers troupe in 1873 from 'Illustrated London News' (6 Sept, 1873), p. 232. [additional text added]
The following day the troupe were taken to the Southampton Training Ship, moored on the River Humber. The ship was an Industrial School vessel designed to educate local boys from poor homes in the art of seamanship in order that they could gain future employment as mariners and be diverted from a ‘life of crime’. The Hull Packet observed that the singers “inspected the vessel” and watched the boys perform drill. Afterwards they sang some of their songs in the school room “to the enjoyment of the boys.”[13] Pike reported that the “brave fellows raised a little fund” and purchased Charles Knight’s book Pictorial Old England for the Fisk University library.[14] That evening the troupe also gave a concert at Hengler’s Cirque (or Circus) which was situated on Anlaby Road which was reported as “well attended” by the newspapers.[15] Pike described the evening as “rainy” and the venue “crowded,” but the singers raised £140 for their cause with a promise to return to Hull again.
On the Sunday it was reported that the seven female members of the group and one of the male singers (it is unclear who), accompanied by White, attended a large gathering of three thousand school children and their teachers at Hull’s Artillery Barracks. The singers sang one of their “sweet hymns” and a collection was made which amounted to just over seventeen pounds.[22] The following afternoon the singers were taken on a tour of Wilberforce House, the emancipator’s former home, after they had expressed a “strong desire” to do so. Hull merchant Thomas Massam, who occupied a portion of the house during this time, had sent the troupe an invitation to view the building which was "gladly accepted". The singers were shown the room where William Wilberforce was born, and here they sang ‘John Brown’s Body Lies Mouldering in the Grave’ and gave a rendition of ‘God Save the Queen.’ It was reported that the ladies in the group led Massam’s children around as they viewed the house, and before they left were presented by the children with “money offerings” for the Fisk University collection. Massam also gave the singers copies of an engraving of Wilberforce House and a parcel of seeds of the plant “Herculeum Gigantea” which apparently grew profusely outside the house at this time.[23]

That evening the troupe gave another well received concert at Hengler’s Circus and the following day left Hull for the short trip across the Wolds to York. A report from the York Herald reveals that the singers gave a concert in the town later that day.[24] Just before the last song of the evening the Rev. William MacKay, a minister of the Presbyterian Church at Hull, got up to speak to the crowded concert room. MacKay, describing himself as a representative of the friends of the Jubilee Singers, spoke about how he hoped that the singers would “carry away from Yorkshire the vivid fact that the town of Wilberforce, and the county of Wilberforce had not forgotten their great and glorious apostle for the abolition of slavery.”[25] He felt that “Hull had shown itself worthy of its former connection” with Wilberforce, and revealed that on their visit to Hull the previous evening “thousands were unable to obtain the admission they desired, and a third visit had to be promised.”[26] The popularity of the singers in Hull at that time seems evident, and the troupe were to return as promised to the town four months later.
"Broad and high forehead; his hair, white with years. but of full growth and slightly curly, brushed carelessly back. His head cast a little to one side, as was his habit; his dark brown eyes expressive of keen intelligence, but evidently lighted up with good nature, and his whole countenance, also, instinct with a frankness and benevolence, no doubt a true depiction of his character. His lips graceful, and though firmly enough set to indicate capability of will and purpose, yet hinting that if he spoke to you he would speak kindly. His chin of delicate mold. His whole attitude easy as he sits by his study table holding his eye-glasses which you imagine he has just wiped with the bandana handkerchief which lies upon his lap."
‘Around Our Table,’ The Advance (11 February, 1875), p.436.
The painting subsequently hung in the Howard Chapel at Fisk University before the Jubilee Hall was built. The American Missionary Association’s newspaper reported that the painting was situated in the centre of the back wall underneath an immense American flag and was to “form one of the attractive features of the commencement [or graduation].”[32] Later on, the painting hung in the “elegantly upholstered” parlour of the Jubilee Hall alongside other paintings that were gifted to the Jubilee Singers including portraits of David Livingstone, Lord Shaftesbury and a huge painting of the singers themselves.[33]
Click to go to: The Jubilee Singers in Hull & East Yorkshire: Part Two
After the singers gave their farewell concerts in Hull in April 1874, the troupe began a tour of Europe. They had successfully raised £10,000 for the building of the new Jubilee Hall at Fisk University. Part two of the Jubilee Singers story looks at the unrest felt by the troupe and their appeal to stay in Europe, their return to the East Riding and Frederick Loudin's Jubilee Singers.
Footnotes
[1] ‘The Jubilee Singers’, Hull Packet (8 August, 1873), p5.
[2] The United States adopted the 13th Amendment to the Constitution on 6 December 1865, some eight months after the end of the Civil War, which outlawed the practice of slavery.
[3] See Graber, 2004 for more information on the opposition to the university.
[4] Marsh, J. B. T. The Story of the Jubilee Singers; with their Songs, (1875: London, Hodder and Stoughton, 1877), p.61.
[5] Graham, Sandra. ‘On the Road to Freedom: The Contracts of the Fisk Jubilee Singers,’ American Music, Vol 24, No. 1 (spring, 2006), p4.
[6] Graber, Katie, J. ‘“A Strange, Weird Effect”: The Fisk Jubilee Singers in the United States and England’, American Music Research Center Journal, Vol 14, (2004), p.27.
[7] Ibid. p. 31.
[8] Rev. Gustavus Pike was a district secretary of the American Missionary Association (AMA). He wrote reminiscences of the Jubilee Singers tours of America and Britain which were published by the AMA. See: G.D. Pike, The Singing Campaign for Ten Thousand Pounds or The Jubilee Singers in Great Britain, (AMA, 1875).
[9] ‘The Jubilee Singers’, Hull Packet (8 August, 1873), p5. Pastor of the chapel, the Reverend W. C. Preston, had invited fifteen hundred people to the first performance.
[10] Ibid. There are some slight differences to the newspaper reports of the singers activities on Sunday 3rd Aug to Pike’s published reminiscences.
[11] Pike, (1875), p. 96.
[12] Ibid.
[13] ‘The Jubilee Singers’ (1873)
[14] Pike, p. 97.
[15] ‘The Jubilee Singers’ (1873)
[16] Graham. (2006), p5.
[17] Pike, p. 99.
[18] ‘The Jubilee Singers,’ Eastern Morning News, (6 December, 1873), p.4.
[19] ‘Fisk University,’ The Daily Constitution, (Middletown, Connecticut, 5 Jan, 1874), p.2.
[20] ‘Fisk University’, The College Courant. A Weekly Journal Devoted to College Interests, Science, and Literature, vol XIV, (Yale University, New Haven, 17 Jan, 1874), p.34.
[21] Ibid.
[22] Ibid.
[23] Ibid.
[24] ‘The Jubilee Singers,’ York Herald (13 December,1873), p.7.
[25] MacKay is also recorded as giving the Singers a copy of his book Grace and Truth.
[26] York Herald (13 December,1873), p.7.
[27] In his book on the Singers published in 1875, J. B. T. Marsh incorrectly suggests that this visit was the Singers second to Hull. Marsh, J. B. T. The Story of the Jubilee Singers; with their Songs, (1875: London, Hodder and Stoughton, 1877, 1885), p. 72.
[28] ‘The Jubilee Singers’, Hull Packet, (24 April, 1874), p.8.
[29] Laura Cravath White was a teacher at Fisk University. She died while accompanying her husband on the Jubilee Singers’ tour of Great Britain. She died on the 20 February 1874.
[30] Benjamin Hudson (c.1823-1900) was a local portrait painter. Many of his paintings are in the collections of the Feren’s Art Gallery, the Guildhall and Maritime Museum in Hull.
[31] Hull Packet, (24 April, 1874), p.8.
[32] ‘Fisk University,” The American Missionary, vol 19-20 (1875), p. 181.
[33] Roy, J.E. Pilgrim's letters : bits of current history picked up in the West and the South during the last thirty years (Boston, 1888). p. 179
Bibliography and Further Reading

Books
Bontemps, Anna. Chariots in the Sky: A Story of the Jubilee Singers (Oxford University Press, 2002).

Ward, Andrew. Dark Midnight When I Rise: The Story of the Jubilee Singers Who Introduced the World to the Music of Black America (New York: Farrar, Straus and Giroux, 2000).