African Stories in Hull & East Yorkshire
One of the University of Hull’s leading academics of African descent was Sir Roy Marshall who was Vice Chancellor between 1979 and 1985. Sir Roy was born in Barbados in 1920. He was one of six children and had to endure the trauma of losing his father at the age of ten to be brought up solely by his mother Korine.

He was educated at Harrison College where he won the Barbados Scholarship in 1938. His further education was delayed through illness and the outbreak of World War II and it was not until 1942 that he entered Pembroke College, Cambridge, where he gained a Bachelor of Arts degree with first class honours in 1945. He took a master’s degree in 1948 and was awarded a doctorate from University College, London in the same year. Prior to that he was called to the Bar of the Inner Temple in 1947. 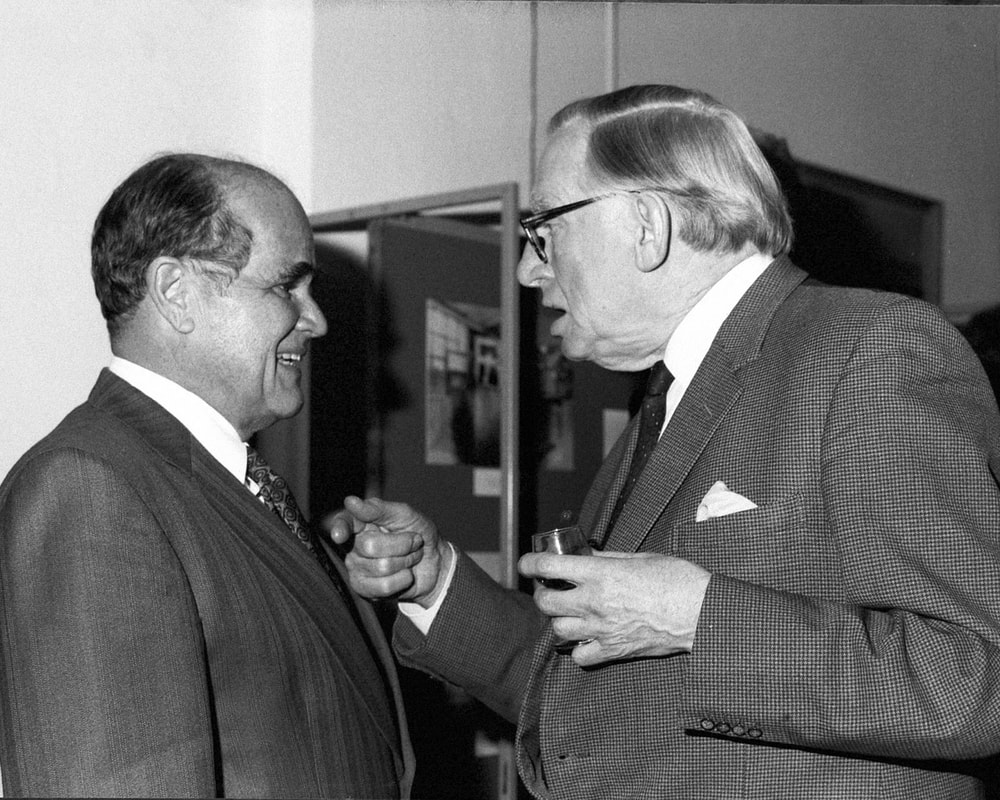 He was instrumental in the writing of the Barbadian constitution acting as a constitutional advisor to the Government of Barbados at the Independence Talks with the United Kingdom in 1966. He subsequently acted as one of the Law Revision commissioners responsible for the edition of laws published in 1974. In 1979, he drafted a comprehensive package of statutes on property and related matters for the island.

In 1968, Sir Roy was awarded the Commander of the Most Excellent Order of the British Empire (CBE) in the Queen's New Year's Honours.  He subsequently was made a Knight Bachelor in the Queen's New Year's Honours 1974 for his public service.
In 1969, he began a new career in university administration, becoming vice-chancellor of the University of West Indies and served until 1977. He was also secretary general of the Committee of Vice-Chancellors and Principals of the United Kingdom Universities from 1974 to 1979.

In 1979 he took on the role of Vice­-Chancellor of the University of Hull, a role he fulfilled until 1985. During his tenure, the librarian at the university was still the poet Philip Larkin. In the book Philip Larkin: Life, Art and Love it is suggested that Larkin applied for early retirement on the grounds that he felt alienated by new technology. Sir Roy refused the request on the grounds that Larkin's 'presence on the staff was of material advantage to the university’.[1]

His tenure also coincided with the 150th anniversary of the death of William Wilberforce and in recognition of this he was instrumental in trying to arrange a cricket match between Yorkshire and the touring West Indies cricket team at the Circle in Hull in 1983. Unfortunately, the political climate at the time prevented the match from going ahead as the Yorkshire team included Geoffrey Boycott and Arnie Sidebottom who had recently toured South Africa during the apartheid era and the West Indies team refused to take part in the game.

Sir Roy's public service awareness included the sphere of human rights which included the chairing of the Yorkshire Committee of the Race Relations Board and an all-party body called Equal Rights. He was also a member of the Police Complaints Board. After his retirement Sir Roy served as High Commissioner for Barbados in London from 1989 to 1991.

in 2006, The University of West Indies Cave Hill Campus Teaching Complex was renamed the Roy Marshall Teaching Complex in his honour.
​
Sir Roy died in 2015. At his funeral service the retired Bishop of Croydon, Sir Wilfred Wood said “many people in this country may not be fully aware of the massive contribution to the wellbeing of black people and others in Britain who may be able to live in peace and security and play a full part in the life of their country, because of his work”. [2]
Richard Weeks' Memories of Sir Roy 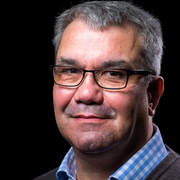 Richard Weeks
​I first met Sir Roy Marshall in 1984 at an honorary degree ceremony at Hull University. He was the vice Chancellor. My mother was Mayor of Beverley at the time so I was the Mayor’s consort and given the best seat at the formal lunch. I sat between Sir Roy & Miriam Rothschild (who was receiving her honorary degree).

Conversation soon revealed that I was due to go on a Durham University hockey tour of Barbados in the summer of 1985, and that Sir Roy was not only Bajan but an active member of Bajan life. He was great company, and remembering that I was a naive twenty-one-year-old, he promised that he would try to help me somehow in Barbados and that I should contact him in the spring to see what he had arranged.  So later we met at his house in Lockington where he explained what he had arranged for us and made me promise that on my return I join him for lunch. He also mentioned that one of his daughters was working on the island and I should try to track her down.

1985, Barbados. A few days into the tour, the all-male hockey team were watching cricket in deckchairs when I noticed that sat next to me was the only girl in the ground. It was one of those conversations were you try to work out where each of you are from. My answers were “England”, then “Yorkshire”, then “Bishop Burton,” and she asked “where in Bishop Burton?” I sat up and said “I bet you’re called Sarah Marshall, you live in Lockington and your Dad said I should say hello”.

Sir Roy’s treat for us was a barbeque with the Governor General, Sir Hugh Springer. The invite read ‘Government House, 9pm,’ so, on the correct day our fleet of open-top Mini Mokes pulled up to the gates to find two guards in starched white uniforms manning the ornate gateway. We said we had been invited for 9pm to meet the Governor General but they seemed to have no idea about us, but did not hesitate to let us drive up to the fantastic 1702 white mansion. At the mansion our presence was equally unexpected, but with no fuss, more perfectly attired soldiers produced huge tubs with iced beer - but still no conversation or welcome. This put huge pressure on me and the rumour was that we did not have an invite I had conned my way in. As students managing to blag our way into the smartest house on the island, then to get soldiers to give us free beer was a real achievement and the consensus was we should leave before we got arrested.

At around midnight there was sudden movement all around the gardens and a collection of cars began coming up the drive. Out stepped the Governor General who was not at all surprised to see us, he grabbed a beer, instructed us to remove our team blazers and ties and relax. Incredibly the same staff who had ignored us all night jumped to life and out of nowhere came chefs, waiters, barbecues, piles of food, tables and chairs, it had clearly been in the diary all the time. Other officials appeared from the cars and the party began at midnight, but even with all these politicians no hint of an apology for them all being three hours late.

Then came the most memorable comment of my whole 1985 Barbados trip. We were explaining how we had arrived at 9pm to an indifferent welcome, then came a huge laugh from the top man who explained to us all that “in Barbados, when even I, the Governor General, says 9pm we mean midnight - we are on Bajan time!”

On my return Sir Roy invited me to Sunday lunch with his wife and friends. He wanted to know everything about the island and how we had found the whole experience. Remember at this time I did not know my Bajan heritage, I had just been a tourist. My final memory was when I asked him where the post lunch rum came from, he cheekily winked and whispered that “you only get stuff this good in a diplomatic bag”.