African Stories in Hull & East Yorkshire
Joseph Connelly was born in the Port of Spain, Trinidad on 19 March 1899. By the age of 20, he had travelled to Britain and was working on board steamships as a fireman. In 1919, Connelly worked on board the Skeldon, Jolly Inez, Indianola and Visigoth. Although, the first two vessels did not visit Hull, the Indianola departed from the King George Dock, on 15 May 1919 and the Visigoth returned to the same dock on 21 July.[1] Thus it is probable that Connelly moved to Hull in the summer of 1919. When he was discharged from the Visigoth he did not return to sea until nine months later. This was most probably not out of choice given that during this time Black sailors were debarred from taking employment on board British ships. When Connelly went back to sea in April 1920, he joined the crew of the Cleopatra III which was moored in Hull docks before returning to the port and taking employment on board the Grelbank in December. Unfortunately, no further records have survived regarding Connelly’s career. However, it is probable that the same Joseph Connelly died in Hull in March 1925, at the young age of 26.[2] 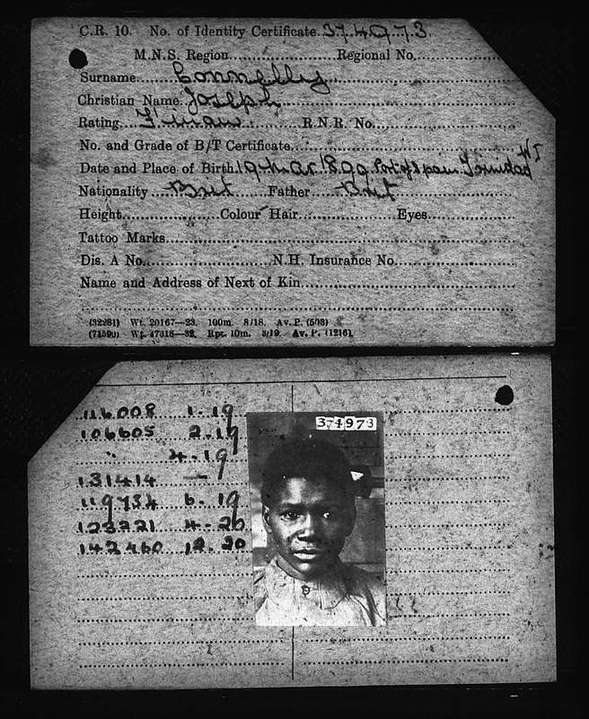